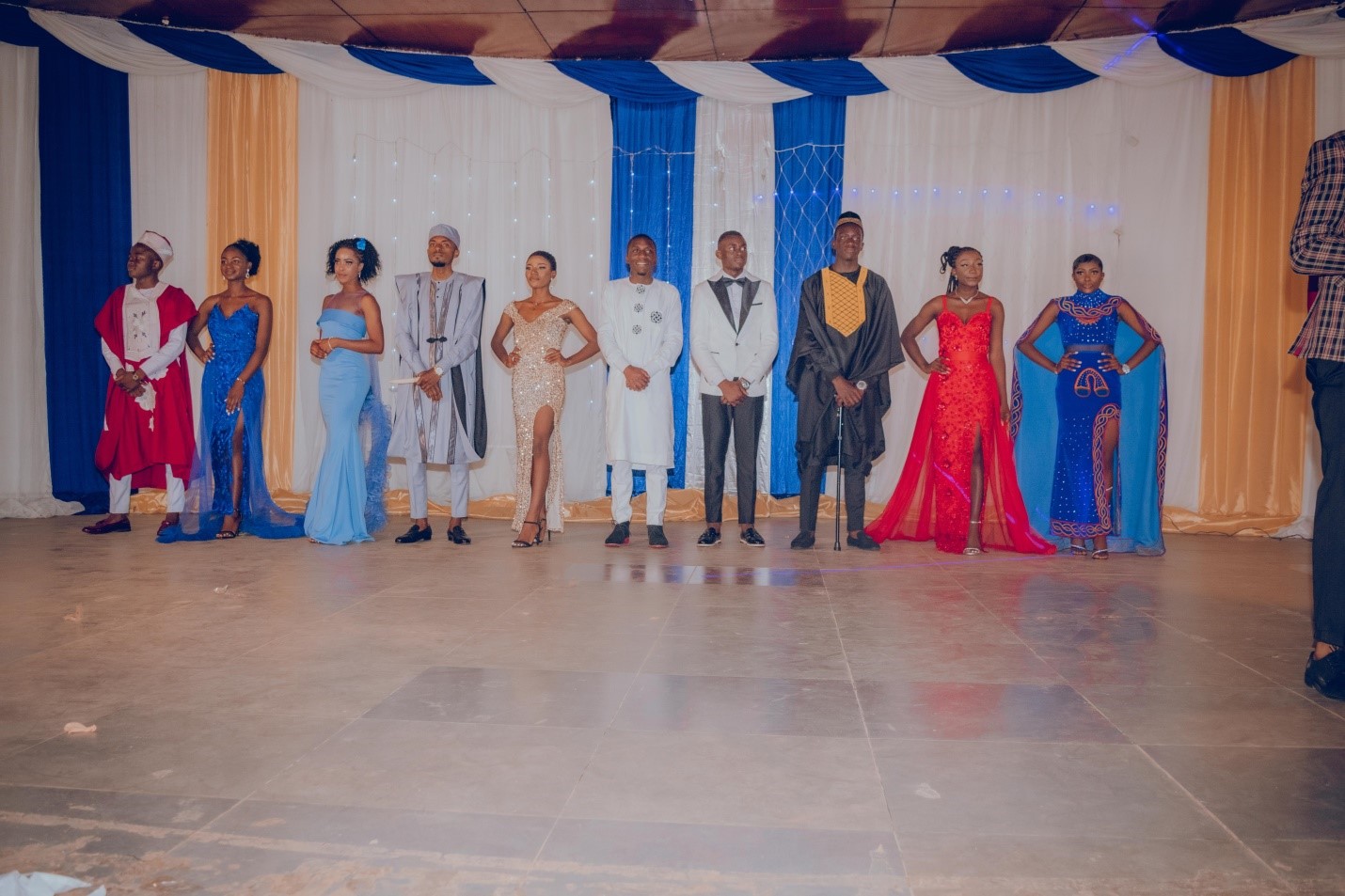 Sunday the 6th of June was the day everyone had been waiting for. This is the day on which the entire community was to select the ambassadors of CATUC for the next one year. The excitement was more than we had ever observed in the history of CATUC and the tension was palpable the whole week long as the fans, the coaches and the contestants put in the last touches to ensure a perfect performance. Holy Mass was scheduled for 8.45 a.m. to permit the contestants get back home and prepare for the big event, which was to begin at 1.00 p.m. But the excitement was so high that parents, staff and other students were gathered in and around the hall long before start time. 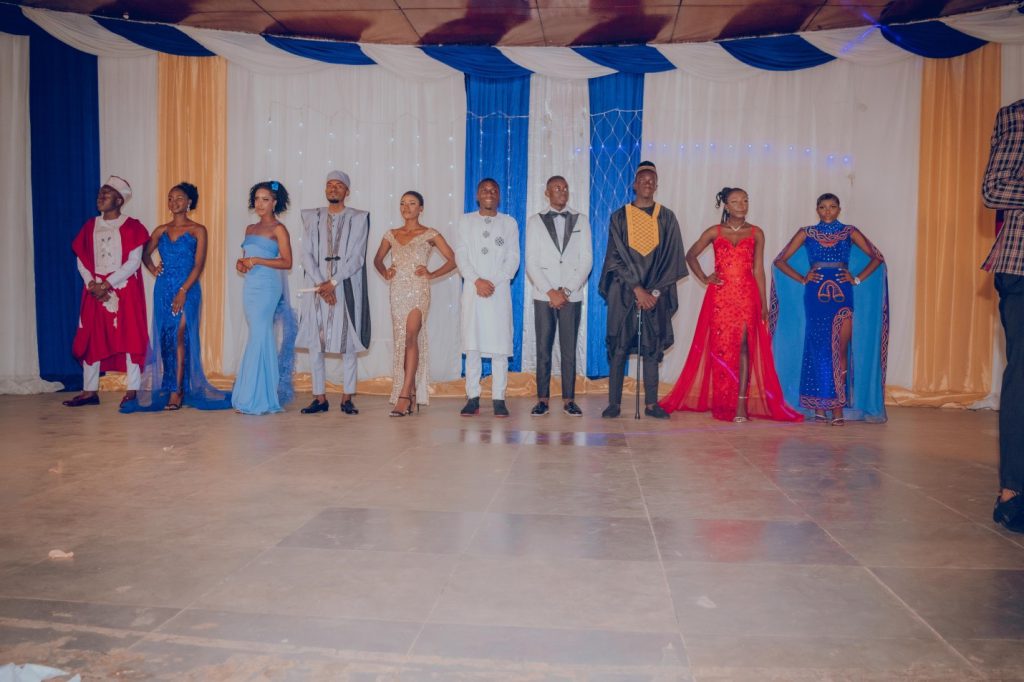 Contestants for the CATUC Models competition 2020/2021

This year we had ten finalists (five boys and five girls) for Mister and Miss CATUC, drawn from every faculty and school of the University. As usual, the contest was composed of a quiz (which the contestants write before D Day), the presentation of pageants and their rich and colourful displays, and the presentation of a project that each contestant considers would move CATUC forward. Of course, there is lots of dancing, singing, fun and showcasing of CATUC talent in various domains. 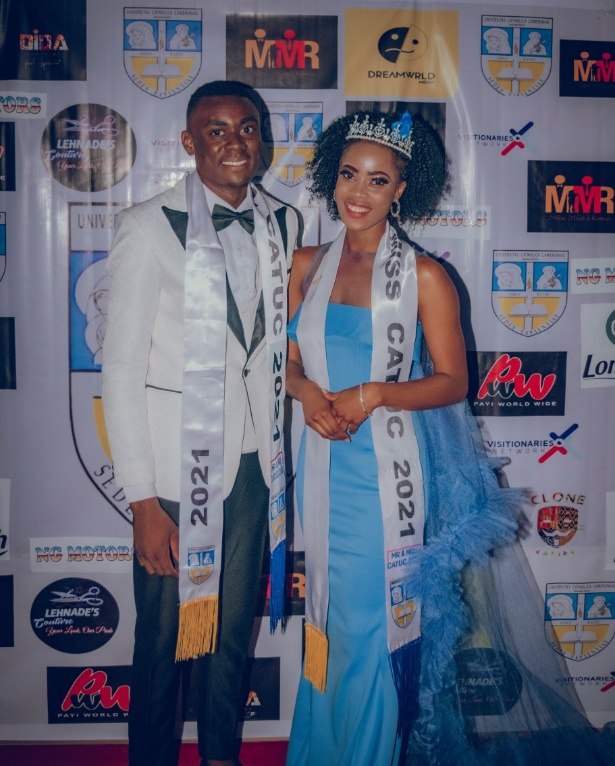 This is supposed to be the day CATUC students show the world that they are not all beautiful faces, but a combination of beautiful faces, intellectual acuity and stand-out talent. And this year’s event lived up to it in every way – the colourful and amazing outfits of both students and their parents, the eloquent MCs trained in CATUC, the outstanding performances in the quiz, the made-in-CATUC designers, musicians and performers – all seemed to make time stand still.

This is the day the CATUC community selects those whom they think represent the essence of the Catucian – academically strong but also physically, spiritually, morally and socially outstanding.  After five hours of fun and nerve-racking expectation, history was made. For the first time in the Catholic University of Cameroon, a student from the Department of Medicine in the School of Health and Medical Sciences, was selected as Mister CATUC for the 2021/2022 academic year. His name: Daniel Keju. As if fortune had conspired with history to produce “first evers” at this event, Veronique Kendra (Department of Geography and Environmental Science) was voted Miss CATUC, to become the first-ever student from the Faculty of Humanities and Social Sciences to win this highly coveted award. 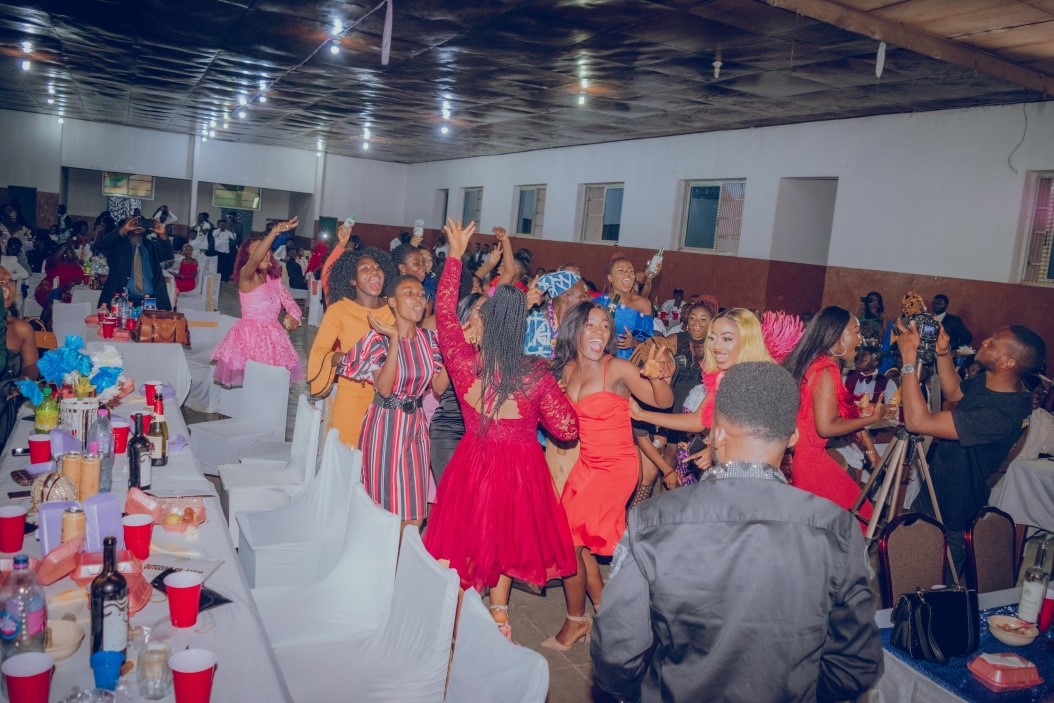 The boisterous ‘fan clubs’ of the various contestants as they encouraged their candidates and the nervousness of the parents as they prayed and hoped that their child would come out as Mister or Miss CATUC. Unfortunately, for every competition one person only has to come top. In this case, however, we cannot say that the others were losers. Each of them fought energetically to take home the award and any of them could have won. Indeed, in the end, all of them were winners, and the entire community were winners as well. That is the CATUC spirit.

One of the students remarked after the occasion: “In CATUC, students study like they don’t party and party like they don’t study”. And that is how it should be: we aim to produce the best brains but also to produce models in every domain. Preparations are already underway for the contest of next year as some students who lived this year’s experience cannot wait to take part in the next competition. 2022 cannot come soon enough for the CATUC community, the City of Wisdom, the place where students are provided wings to fly – in diverse directions.