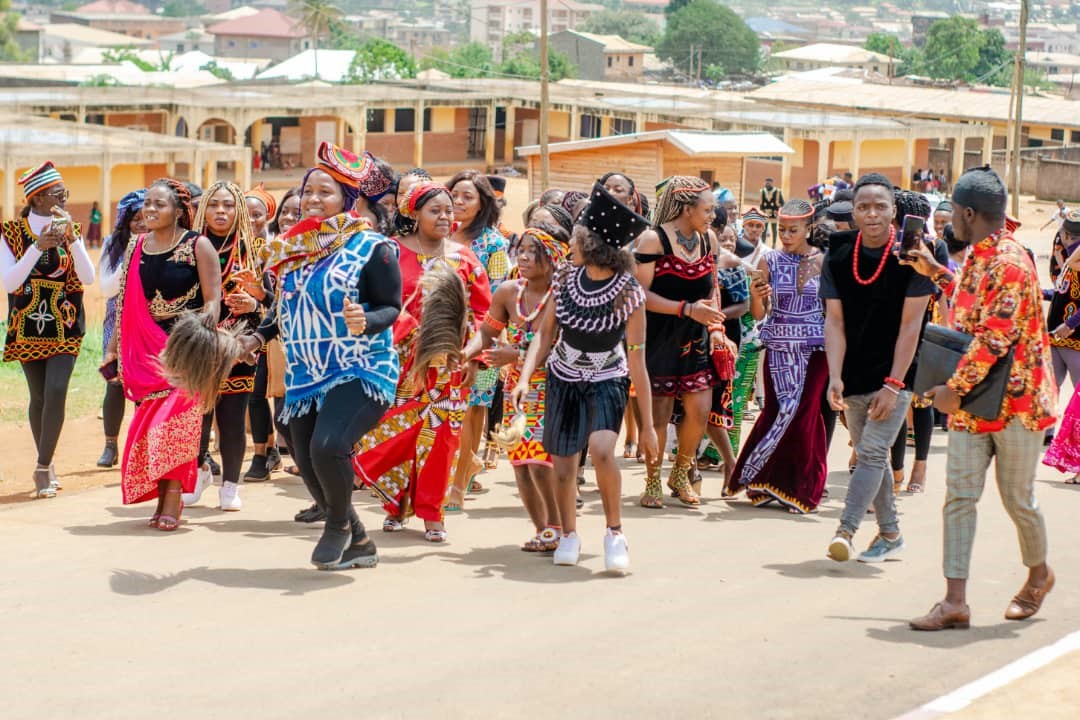 The prelude to the CATUC Models Competition has always been sports finals. Not so this year. The Models competition was preceded by an Arts and Culture Week which showcased the talent, the entrepreneurial spirit, the cultural diversity, and the intellectual potential of the City of Wisdom which is CATUC. 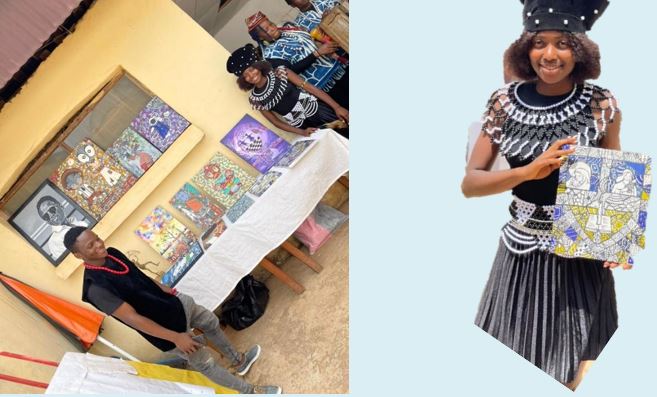 The arts exhibition by CATUC students

The students heralding the CATUC Arts and Culture Week.

The dressing pattern of staff and students was one of the things that caught the eyes of every passerby and every visitor. The Formal Dress Day gave the staff and students the opportunity to dress executive, the way they would look in their offices and according to their various professions. Then the Old School Day gave them an opportunity to dress like their parents and grandparents used to dress in the 1960s and 1970s. 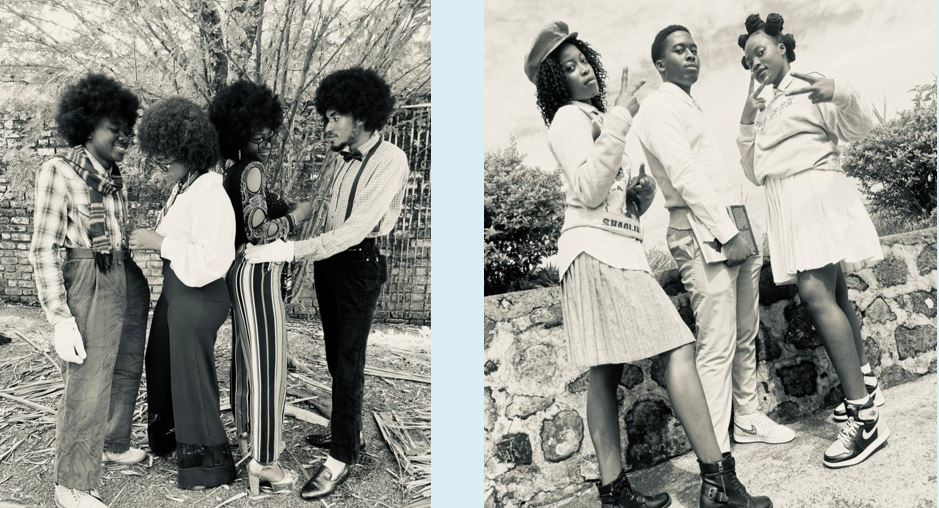 The Cultural Dress Day was the day everyone was invited to dress in some cultural outfit, not necessarily that of their tribe, but something specifically African. We need to be proud of our culture, proud of our roots, proud of who we are, and to sell that culture to the rest of the world. And dress is a part of that culture. But the Cultural Dress Day was also spiced with cultural dances and displays by the CATUC Cultural Club and arts and craft displays. It was great to see the Registrar and his EAs all dressed in traditional outfit and looking gorgeous.

The CATUC SAP Day was meant to showcase the CATUC SAP Brand – specially designed CATUC T shirts, pullovers, tracksuits and jackets were both worn and displayed by staff and students to exhibit the creativity and ingenuity of the students, a good number of who are well-known designers in Bamenda town and beyond.

There was a magnificent showcase of the entrepreneurial spirit of CATUC when students were given a chance to present their products. There were made-in-CATUC chocolates, natural fruit juice, live paintings, building of websites and graphic design among others. The showcase of talent is a demonstration that the Project Based Approach to Learning is taking root in CATUC.

The Arts and Culture Week that preceded the CATUC Models Competition was meant to remind our staff and students (if they needed reminding) that our education has to be steeped in our culture and that our societal needs must determine what we teach and learn. We must train engineers, medical doctors, Anthropologists, business students and others for the society in which they live so that they can appreciate the problems of the society and seek appropriate solutions to those problems. Only in this way can our societies surmount the problems which they face and make progress towards development.

The Catholic University of Cameroon (CATUC) Hostel and Chancellery Complexes