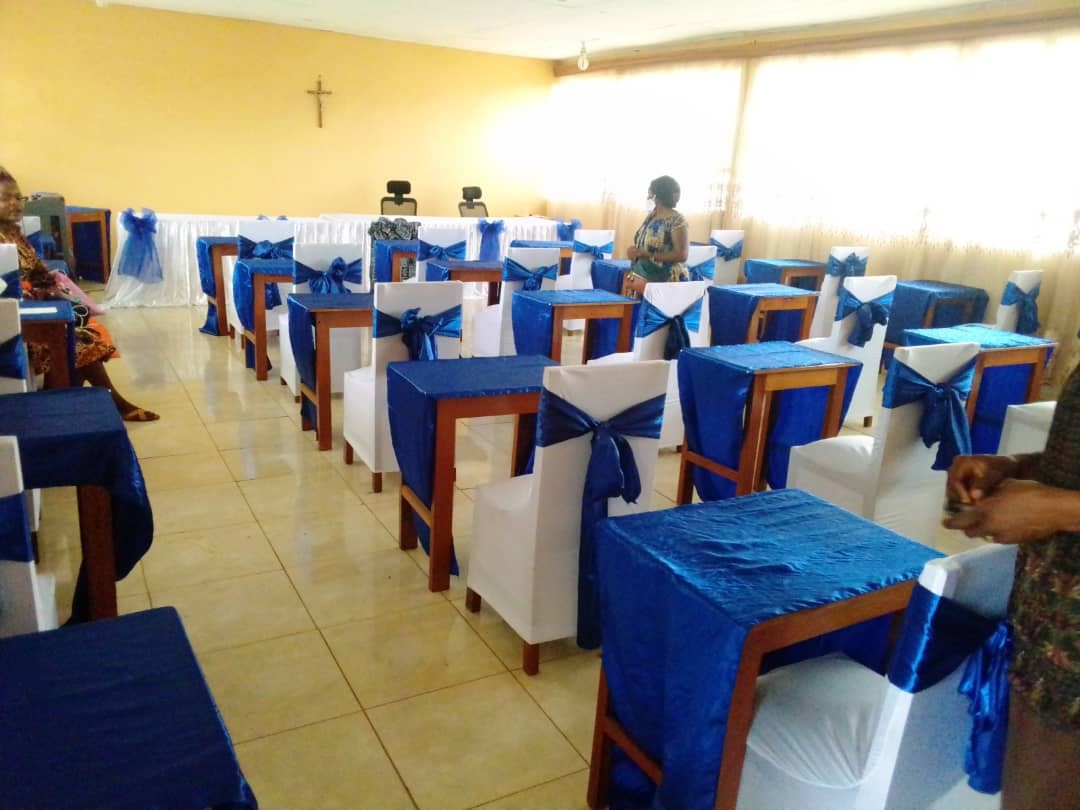 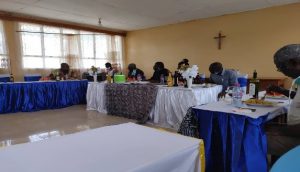 On Thursday, 11th March, 2021, a CATUC women’s association named CATUC Dynamic Sisters (C.D.S.) launched the group and its activities officially. This exhibition was done under the watchful eyes of the Vice Chancellor of the University, Rev. Father Joseph Awoh, the Director of Academic Affairs, Rev. Father Peter Takov, the Provost of the School of Health and Medical Sciences. Prof. Robert Leke, the Provost of the School of Engineering, Dr. Paul Chongwain, the Dean of the Faculty of Business and Management Sciences, Dr. Eric Mongo, and the Acting Dean of the Faculty of Science, Mr. Paul Itor. CDS was also graced with the presence of Prof. Egbengu Philip and Dr. Munteh Aseh Promise, who are reliable supporters and mentors of C.D.S. It should be noted that the Chaplain of CATUC and the Provost of the School of Tropical Agriculture and Natural Resources were unavoidably absent though they showed up before the occasion ended to tender their apologies, moral and financial support to the endeavour.

The programme was short and precise.  In fact, real business took off after Ms Kwala Glory, MC for the day, introduced the programme and led the VC, Prof. Leke, Dr. Mongo and Mme Ngie Florence to the high table.  The VC led the gathering with an opening prayer followed by a welcome speech and short talk by the president of C.D.S., Mme Ngie Florence. Her speech consisted of the history of CDS and presentation of the Decoration Project which has taken off, among others. The short talk was based on the origin and history of the International Women’s Day (I.W.D.) since this occasion took place during the 2021 I.W.D. commemoration week. However, she also raised a few points concerning the theme of the celebration, which was “Women in Leadership: Achieving an Equal Future in a COVID-19 World.”

After listening keenly, the VC responded to the speech and talk with witty pieces of advice and promised to support the C.D.S. décor project in one way or the other. This was followed by appreciation and brief pieces of advice from the other guests. These wonderful guests contributed salient ideas intended to propel C.D.S. to the limelight in no distant future. Some of them also empowered the group financially and promised to promote the décor project in their respective schools, faculties and private occasions. 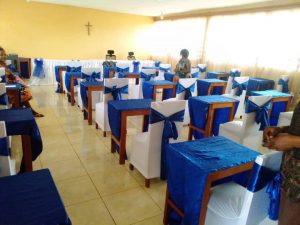 A meal was shared in a typical African communal style peppered by beautiful background music. Then the president of C.D.S. made her closing remarks, promising to put the pieces of advice from the guests to good use. The closing prayer was led by the VC and C.D.S. happily danced to one or two tunes from the DJ’s repertoire. Indeed, it was a day well spent!