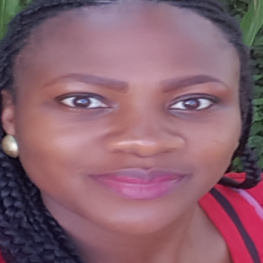 Euphrasia was born on the 28th of December 1987 at the then Bamenda Provincial Hospital, North West Region Camerooon, to Ayuk Glory Agbor from Mamfe and Ndi Oscar Tegwi from Batibo. She attended Catholic primary school Ngomgham from 1992-1999 and Government Secondary Shool Mankon from 1999-2004, where she obtained her Ordinary Level Certificate in General Education (G.C.E O/L). She obtained her Advanced level certificate (G.C.E A/L) in 2006 after completing two (02)academic years in Presbyterian Secondary School (P.S.S) Bafut. She then proceeded to do her bachelor and master’s degree in Accounting from the University of Buea in 2009 and 2012 respectively. She worked as an Account controller in Afriland First Bank (AFB) from 2011- 2013 and thereafter, resigned to pick up the position of an Assistant lecturer and Head of Department (Accounting) in National Polytechnic Bamenda in the academic year 2013/2014. She is currently an Assistant Lecturer in the Accounting department of Catholic University of Cameroon, Bamenda, since 2014/2015 academic year. She is married and a mother of three children

·       Participate in faculty and university seminars

n  Convene and preside over meetings of the association

n  Conceive, realise and manage projects in collaboration with other board of directors

1. Practicals methods of engaging young consumers (patients and carers) in the use of healthcare evidence. Case of Cameroon

4.  Preconception care for women with epilepsy: A mixed methods review

5. Pay for performance for hospitals

8. Pro-coagulant haemostatic factors for the prevention and treatment of bleeding in people without haemophilia