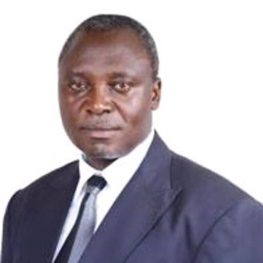 I was born on the eighteen of November,1966, at Babungo, Babessi Sub Division, Ngoketunjia Division, Northwest Region, Cameroon. I am married and a father of five children.

I am currently a Ph.D. student at the University of Dschang, West Region, Cameroon. I graduated from the University of Port-Harcourt, Port-Harcourt, Nigeria, in 1995, with a Master of Science (M.Sc.) degree in Petroleum Geology/Exploration Geophysics. I did my first degree (B.Sc) in Geology at the University of Calabar, Calaber, Nigeria, and graduated in 1992. My high school, secondary school and primary school were done in Ccast Bambili, Nacho college Bamenda, and St. Mary Catholic School Babungo, where I obtained my G.C.E. Advanced level, Ordinary level and First School Leaving certificates, respectively.

Exploration and exploitation of natural resources with emphasis on petroleum(Oil and Gas) and mining of minerals. Integrated research; using geological, geophysical, drilling, petrophysical, sedimentological, stratigraphical approach in both hard and soft rocks.

Presentions made during meetings of Northwest Geology Teachers Association on the Petroleum Potentials of Cameroon and Mineral Prospects of Northwest Region, etc.

The following are my unpublished research works presented and pending publication: