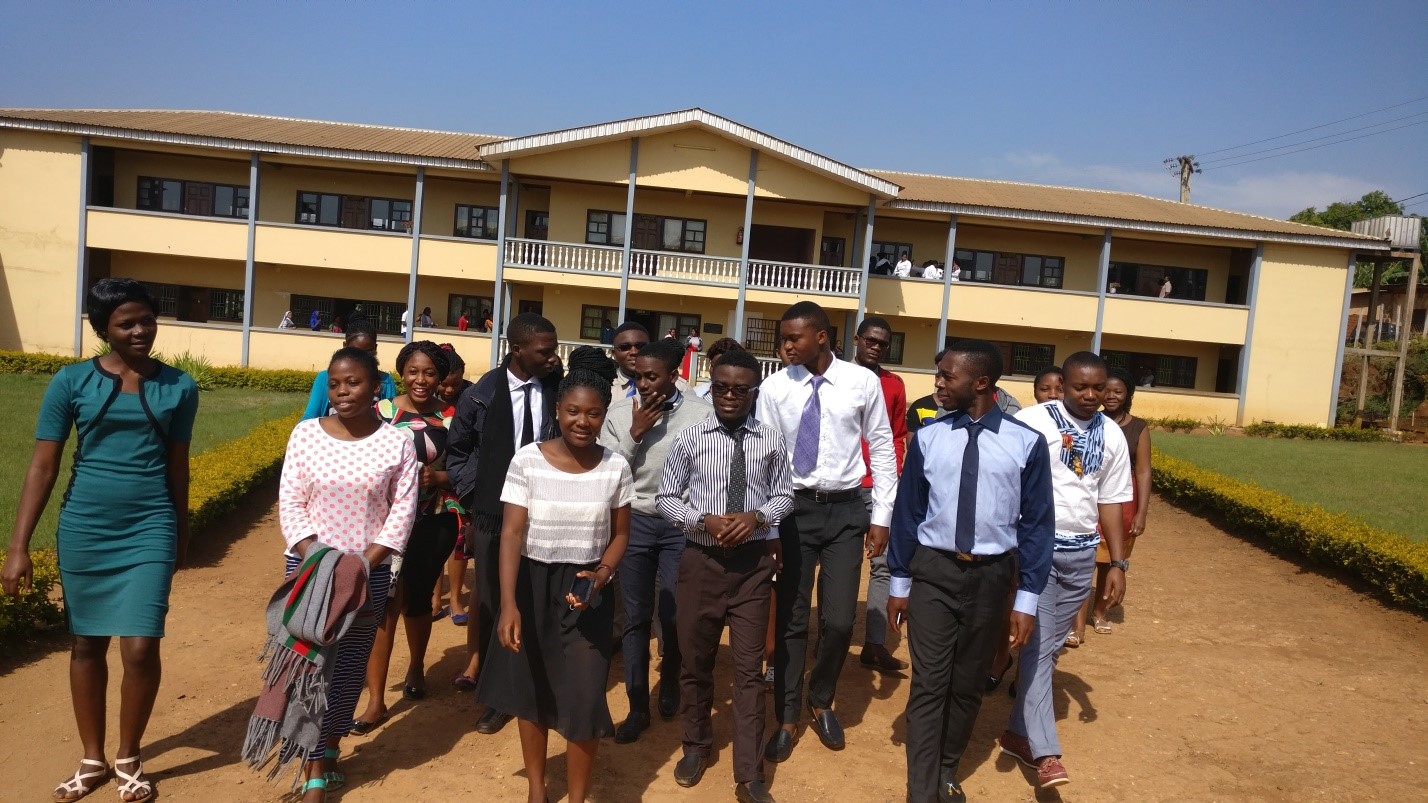 “Anglo-Saxon” is used to refer to the people who lived in England from about 410 AD to about 1066 AD and their language and customs. As an adjective, it is used to describe modern societies that are based on or influenced by English customs. Anglo-Saxon countries include the United Kingdom, United States of America, New Zealand, Australia, Canada and Ireland. Because from inception and for a long time, the missionaries who introduced Western education to Cameroon came from the United Kingdom, the United States of America or territories which were influenced by their cultures, West Cameroonian education was considered Anglo-Saxon, in the sense that it was based on these Anglo-Saxon culture and values. For this same reason, there are other Anglophone African countries which describe their system of education as Anglo-Saxon.

We know that education has been used in almost all societies as a vehicle for the transmission of culture. Traditional education transmitted the ideas, beliefs and values which a people held dear from one generation to another.  In Cameroon, the English subsystem of education has always prided itself on the transmission of Anglo-Saxon culture and values. Colton Cothran summarizes Anglo-Saxon culture in the set of moral guidelines known as the 9 English values, namely courage and selflessness, truth, honour, fidelity, discipline and duty, hospitality, industriousness, self-reliance and perseverance.

In the former British West Cameroon, the conscious transmission of these values was the responsibility of the home and the school. I am not aware that these values are still being consciously transmitted even in the English subsystem of Education.  The temptation has been, even for faith-based education agencies which were considered the last bastion of Anglo-Saxon educational values, to chase grades and certificates which have neither academic nor moral backing.

The Catholic University of Cameroon (CATUC) Bamenda has assumed the responsibility of torchbearer for the renaissance of Anglo-Saxon culture and values in the educational system in Cameroon. We have been doing this by seeking to professionalise all our degree programmes. Concretely, this is what we do:

We have introduced into our degree programmes

From inception, CATUC has excelled in academic performance. At the beginning of the ‘Anglophone Crisis’ four CATUC Accounting students moved to a famous institution in Yaounde to complete their degree programme and, at the end of the year, they were all among the best five graduands that year. This high academic quality is explained, to a large measure, by the fact that student attendance is compulsory, teaching is monitored for course coverage but also for quality, and staff evaluation takes care of staff development but also selects out staff that do not meet our expectations.

We have done all that we have done in a bid to assure a robust and rigorous academic and professional formation for our students, and we are proud of the Catucians whom we have sent out.

As a Catholic University, we have tried to recapture the Anglo-Saxon and Christian values which now exist only in name: honesty, hard work, selflessness, discipline and duty, self-reliance, volunteerism, respect for the dignity of the human person and respect for the common good. Two University Courses: The Human Person and Catholic Social Teachings help us to do this. Above all, we dedicate our faltering efforts to the intercession of the Blessed Virgin Mary and St. Therese of the Child Jesus, our co-patronesses and ask divine assistance both in our work and in the formation of our students in personal prayers and devotions, the celebration of the Sacraments, Recollections and the daily celebration of Holy Mass.

WHY CATUC DOES NOT CONVERT HND TO BSC IN ONE YEAR?

In many countries, including the United Kingdom, the Higher National Diploma is the academic equivalent of completing two-thirds of an undergraduate degree. And while skills gained on the HND programme usually lead directly to employment, a significant number of HND graduates choose to top up their qualification to a BSc Degree.

The duration of the conversion from HND to BSc has been a subject of debate among academics and professionals. In the United Kingdom, usually if your HND meets the required standard – usually at least a Merit certification – and the contents of both courses have similarities, you should be able to enrol onto the final year of a Bachelors degree with your HND qualification. In Nigeria, an upper credit in your HND certificate will gain you admission into Level 300 of the degree programme while a lower credit pass will gain you admission into Level 200 and conversions usually take three to four academic sessions.

We have studied the two syllabi in the Catholic University of Cameroon and the contents of both courses do not seem to be similar. HND courses around the world are structured around acquiring and developing the hands-on skills needed for particular careers, which is not the case for the BSc degree. For a long time, therefore, at least one of our mentor universities insisted that students coming on the BSc programme with an HND had to be admitted into Level 200. We thought that this was the way to go, especially as the contents of the HND programme in Cameroon is still mutating.

Recently, however, most universities and university institutes have admitted HND holders into Level 300 of their BSc programmes without regard for the ‘grade’ of the HND pass. Those who are conversant with the HND syllabus know that up to January 2020 we were still re-working it so that it would ‘resemble’ the BSc programme. So, if you asked us whether the HND course content is equivalent to two thirds of the BSc content and, or even whether the two syllabi are similar in content, our answer would not be a clear YES!

Thus, consistent with our belief in the quality of our training and of the certificates which we issue, we shall continue to top up Business HNDs in two years until we can ascertain that the HND programme has been aligned with the BSc programme and that, even though the HND programme is more hands-on than the BSc programme, completing it is equivalent to completing two-thirds of the BSc programme. We convert HNDs in Health in one year six months – one full year of course work and six months of supervised hospital placement. Educational quality may take time and money to achieve but the dividends are enormous and last a life time. Quality education is what our British-trained grandparents sought to pass on to us and that is what we mean when we say we provide Anglo-Saxon education at CATUC!